A certain television station's camera crew came to visit the office today. Apparently they were looking for 'foreigners' to ridicule for having personal seals with their names written in Chinese characters. They must have been fairly disappointed that out of the three of us non-Japanese in the office, one actually IS Chinese, and the other two of us have our names in katakana. They interviewed us anyway.

It seems that the television station, or some of the people who work there, or perhaps their predicted viewership, thinks the idea of having a personal is really interesting, and they expected we would, too. I had nothing much to say about it, which I'm sure was even more disappointing. The man asked me what I thought of this whole tradition when I came to Japan, and I couldn't think of anything to say. Hmm, people use stamps instead of signatures. What about it?

The part I thought was really strange was that he asked me if Japan was the only country in the world that had this tradition. I thought as an interviewer he should have done at least a little bit of background research before taking on the project. Maybe he was too busy, or didn't care that much. Possibly, it's simply that the kind of people who watch the lobotomy box are not the kind who are interested in history or subtletly, and just want to be entertained by stupid immigrants making mistakes with the Japanese language.

Well, here's some history. The tradition of personal seals dates back to ancient China at least. This is where the custom of using red ink started. I can't say for sure exactly why, but I suspect it's a metaphor for blood, the most binding seal in any pact. Pads of red ink are still used in Japan today, and when the custom spread to Europe from Asia, developing into the use of signet rings, the wax used to press one's seal into an offical document was also red. In China, I'm told, people still have personal seals, but they're big and heavy and usually only used on very official business. Perhaps my interviewer meant to say that it's only in Japan that they're used daily and constantly even for such trivial purposes as accepting packages from the delivery service. (Incidentally, in the US, if you aren't home, they leave the package outside your door. Yes, I know it's hard to believe, after all that crap the Japanese media feeds you about America being full of thieves and everyone shooting each other.)

At any rate, the useful footage of today's interview will be broadcast this coming Friday. I won't know if my bit made the cut, because I'm not going to watch it. I don't have a television set, and I don't want one. And that's not just because I'm such a big fan of Haruki Murakami. 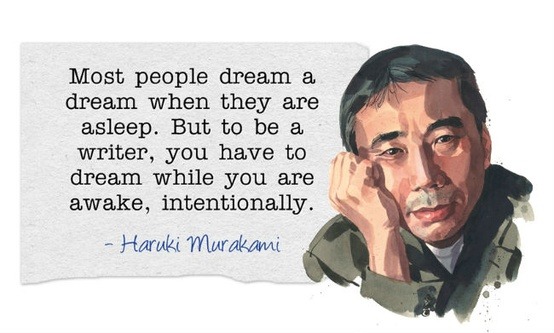 In this connection, another television crew came not an hour later looking for 'foreigners' who play Pokemon Go. The only reason I even know what that is is because my wife reads the newspaper and made a comment about this unfortunate phenomenon. Two people in the office actually asked me point blank if I played it. Seriously, people? That wasn't enough: When I was called on to interpret for an overseas student who happened to have played it a couple of times, the interviewer turned to me to ask me if I played it.

Their disappointment, this time, was palpable.

They'll go and get the information they're mining for somehow, though. If they poke all over town for long enough they'll find a few people who play Pokemon Go, and maybe among those a few who are really into it. If that's all they choose to show, hoi polloi whose view of the world comes from television will go around saying 'All the foreigners play Pokemon Go!' The way they say that Japan is the only country in the world where people can drink tap water. 'It's true! I saw it on television!'